Inaugurated recently in June 2021, MeluXina is holding its own among the world’s high performance computers (HPCs). The young supercomputer has already received top marks by ranking organisation TOP500, which places it 1st in the EU and 4th in the world for its energy efficiency.

MeluXina’s system is water-cooled, which removes the high operational costs of air-cooled systems and, in parallel, reduces the energy footprint. MeluXina relies on the latest AMD EPYC processors and NVidia A100 GPUs to achieve remarkable efficiency in terms of performance to power consumption ratio (26.957 gigaflops/watt).
“We are proud to lead the way in European green HPC technology,” comments Anders Dam Jensen, Executive Director of the EU initiative EuroHPC Joint Undertaking. “MeluXina confirms that the next generation of supercomputers will need to harness energy efficient solutions and contribute to environmental targets while providing world-class supercomputing capabilities.”

TOP500 also ranks MeluXina as the 10th most powerful HPC in the EU and the 36th most powerful one in the world. “We are delighted with the results: they show the fruit of years of planning and now implementation of the vision of what MeluXina should be,” says Valentin Plugaru, Chief Technology Officer of LuxProvide that manages the supercomputer.
Unlike most HPCs that are pure research infrastructures, 65% of MeluXina’s capacity will be available for start-ups, SMEs and large companies. “The system has been built on an efficient platform and is meant to serve a large variety of complex, data-driven computational workloads,” explains Mr Plugaru. “Based on the Modular Supercomputing Architecture, its forward-looking design responds to the convergence of simulation, modelling, data analytics and artificial intelligence, and enables simulation driven by predictive analytics. MeluXina will provide a robust platform for science and industry for years to come.” 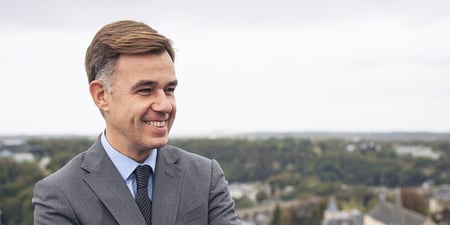