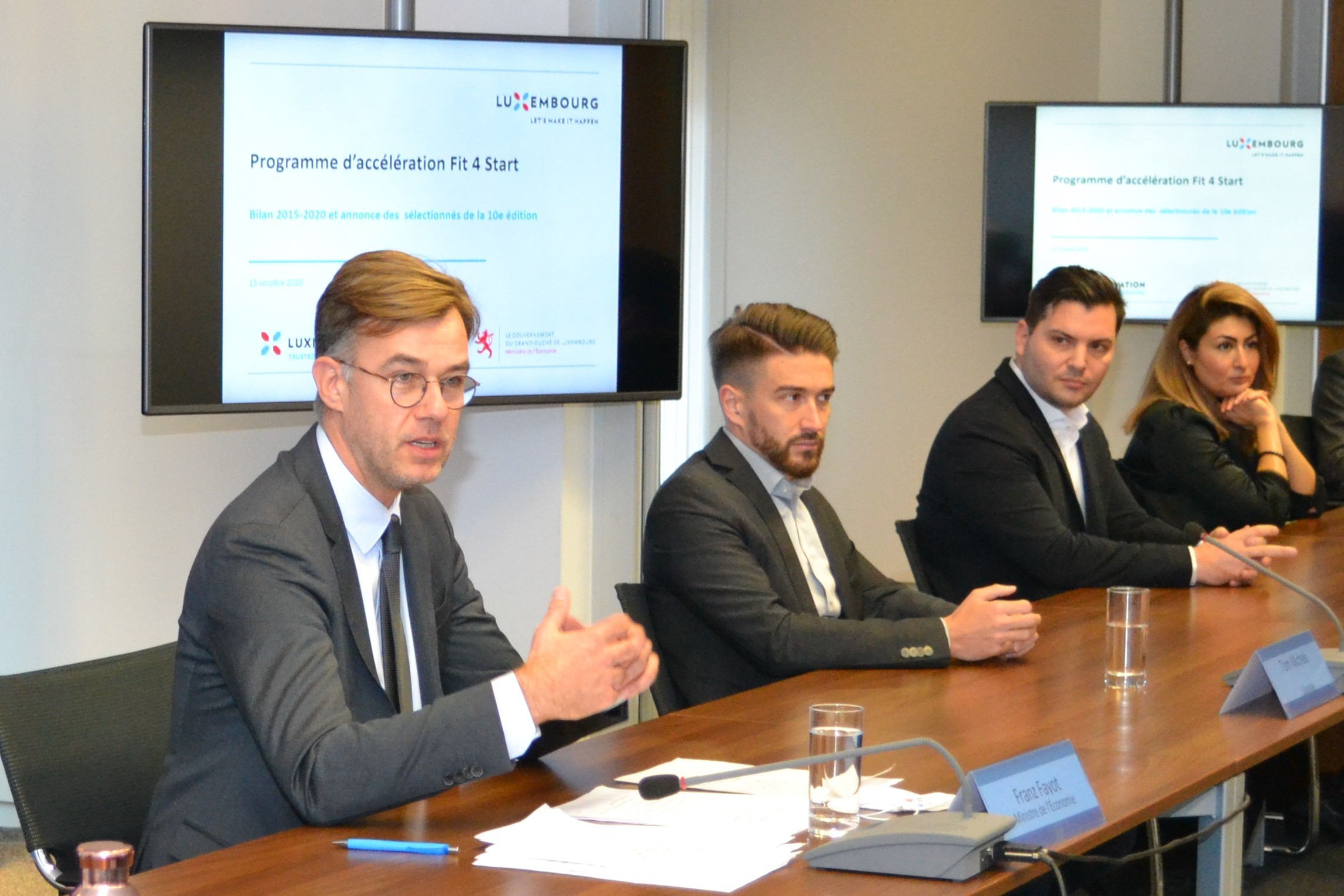 The 20 startups selected for Fit 4 Start #10 has been announced on Thursday 15 October during a press conference held by the Minister of the Economy Franz Fayot and the CEO of Luxinnovation Sasha Baillie.476 start-ups from 60 countries responded to a call for applications launched this summer for the 10th Fit 4 Start edition. The sustained interest in a proof of the success of the programme that is confirmed with each new edition. Finally, 79 start-ups pitched in front of a jury of experts during sessions that took place in early October.

On 15 October 2020, the list of start-ups that have been selected was announced by the Minister of the Economy Franz Fayot and the CEO of Luxinnovation Sasha Baillie. The 20 selected start-ups (10 in the field of ICT, 5 in health technologies and 5 in space) come from 11 different countries, including two originating from Asia.

And the selected start-ups are…

The jury of experts have selected the following start-ups for participation in the 10th edition of Fit 4 Start. The new group, which will begin its activities in January 2021, is composed of:

More details about these startups here.

The Fit 4 Start programme continues to evolve. The next step that will be brought to the attention of the public has already been determined, with the call for applications to the 11th edition that will be launched in January 2021.